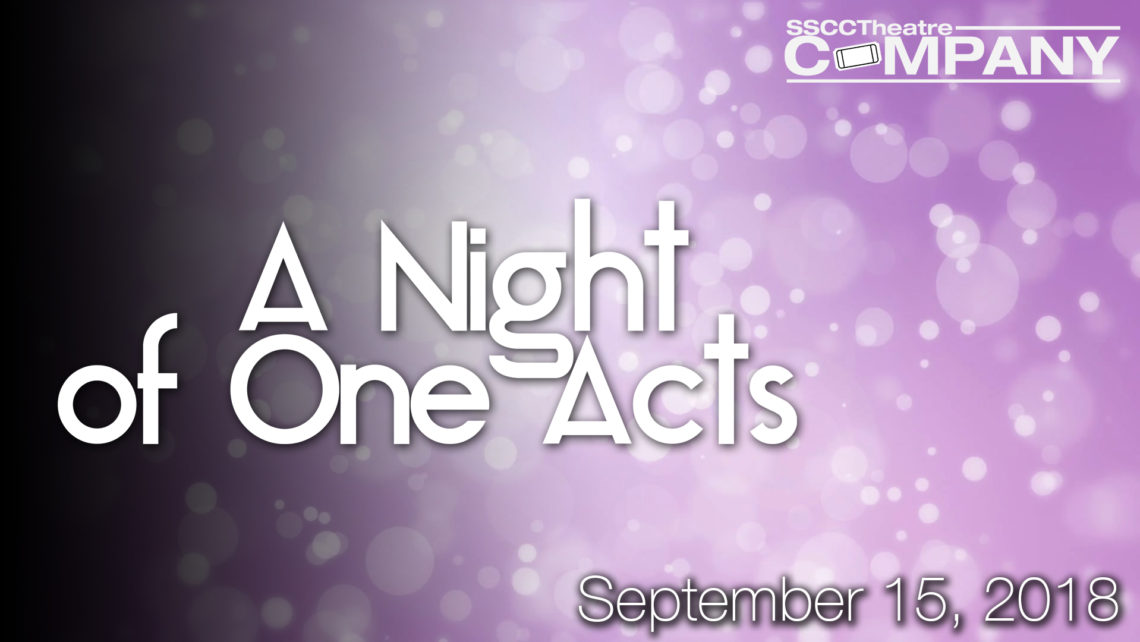 SSCC Theatre Company, a group of community members and students, are dedicated to producing additional, unique performances that complement the SSCC Theatre mainstage season. This one-night-only event features productions of:

“Controlling Interest,” by Wayne S. Rawley and directed by Paula Campagna. Four successful young businessmen gather for their weekly staff meeting. Times are changing, and the issue of girls is on the table. Two persuasive young businesswomen arrive to negotiate the ultimate deal: the boys may start liking them, but only on the girls’ terms.

“Four Point Man,” by The Ohio Bell Telephone Company, and directed by Bob Brown. Dave Carroll, stricken with polio while a Freshman in high school, had the use of only one arm. With the help of family and friends, Dave managed a four-point average and was able to graduate law school in just four years from The Ohio State University. (This play will also be featured as a children’s matinee at 3:00 p.m. at the Highland County Historical Museum.)

“Post-its®,” by Winnie Holzman and Paul Dooley, and directed by Shane Taylor. In this homage to “Love Letters,” an actor and actress read the Post-its® Notes between a couple that span the duration of their lives together. Hilarious and moving, “Post-its®” explores the ups and downs of a relationship that were unexpectedly captured on scraps of paper.

“I Can’t Think of It Right Now,” by Nick Zagone, and directed by Mark Holmes. Simply put, a couple battles confusion.

Tickets for A Night of One Acts are on sale now for only $5 at www.sscctheatre.com. Credit cards are accepted for online purchases and at the door. Seats for this production will be reserved, so it’s recommended that tickets be purchased early.

Season tickets for SSCC Theatre’s 15th Season, which includes Arsenic & Old Lace, By the Bog of Cats, and 9 to 5: The Musical, as well as free tickets to A Night of One Acts, RFK, and Motherhood Out Loud, are also on sale now, starting at $27.

For more information about A Night of One Acts, SSCC Theatre Company, and season tickets, please visit www.sscctheatre.com.