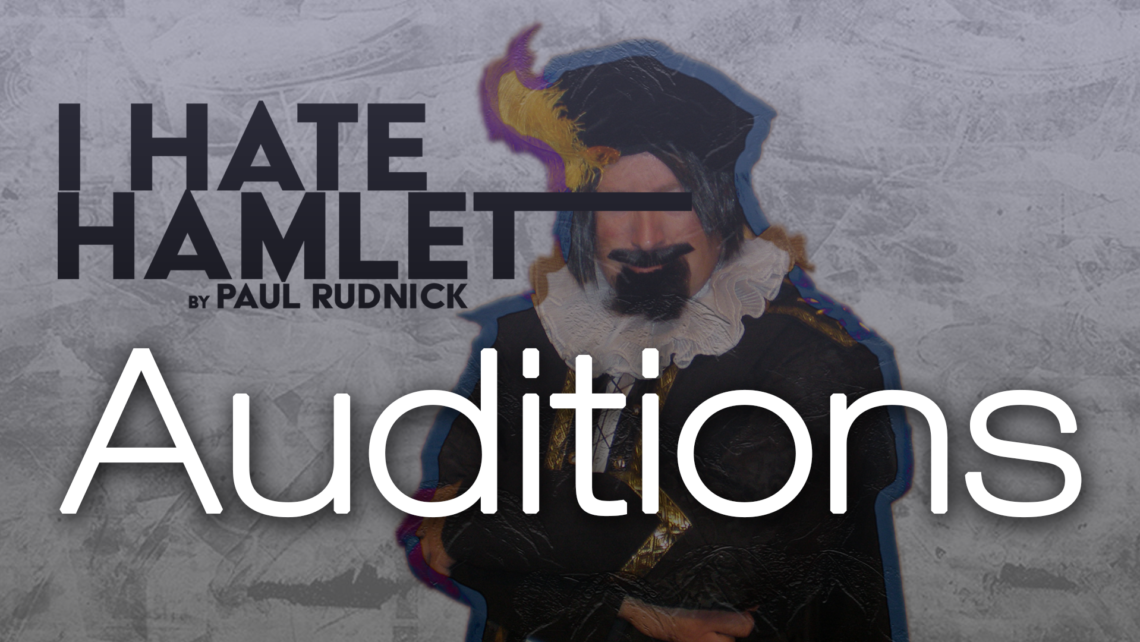 SSCC Theatre will hold auditions for the spring production of I Hate Hamlet, by Paul Rudnick.

Andrew Rally seems to have it all: celebrity and acclaim from his starring role in a hit television series; a rich, beautiful girlfriend; a glamorous, devoted agent; the perfect New York apartment; and the chance to play Hamlet in Central Park. There are, however, a couple of glitches in paradise. Andrew’s series has been canceled; his girlfriend is clinging to her virginity with unyielding conviction; and he has no desire to play Hamlet. When Andrew’s agent visits him, she reminisces about her brief romance with John Barrymore many years ago, in Andrew’s apartment. This prompts a seance to summon his ghost. From the moment Barrymore returns, dressed in high Shakespearean garb, Andrew’s life is no longer his own. Barrymore, fortified by champagne and ego, presses Andrew to accept the part and fulfill his actor’s destiny.

Those interested in auditioning should prepare and memorize a comedic one- to two-minute monologue and schedule an audition slot here. Those interested in working on available crew positions will be asked to complete an interview during the day of auditions, no scheduling appointment is needed.

If interested in auditioning, but unavailable to attend the audition date, please contact Director Rainee Angles to schedule an alternate audition date prior to January 15.

I Hate Hamlet will be performed April 1 – 3. For more information about available roles and rehearsal schedule, please visit www.sscctheatre.com.